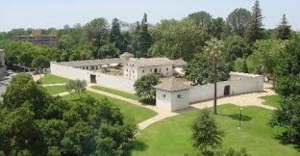 This year, CORE did not get to participate in the Sutter’s Fort overnight field trip so as part of our virtual tour plan, we are bringing the fort to you.

This year, CORE did not get to participate in the Sutter’s Fort overnight field trip so as part of our virtual tour plan, we are bringing the fort to you.

Sutter’s Fort (originally called Nueva Helvetia, the Latin form of New Switzerland) was built by Swiss immigrant John Augustus Sutter who came by ship and landed in Mexican California. The site of the fort was established in 1839, but actual building did not take place until the year 1841.

Sutter’s empire expanded when he worked with Mexican government to help maintain order with the local Indians, and after taking a loyalty pledge and Mexican citizenship, he was given almost 49,000 acres along the banks of the Sacramento river. The land was fertile, and he prospered.

On July 11, 1846, the US Army took possession of the Fort and Sutter himself raised the US flag over the wall and ended his alliance to Mexico.

After gold was discovered at Sutter’s Mill (also owned by John Sutter) in Coloma on January 24, 1848, the fort was abandoned. The two-story adobe structure in the middle of the fort is the only original surviving structure. The remaining structures have been recreated and the fort was designated as a National Historic Landmark in 1961.

Here is the video that plays in the Sutter Fort's orientation room: https://www.youtube.com/watch?v=9-xdJ4zEtoo

There are three videos of Huell Howser's "California Gold" TV program, which tell some history of Sutter's Fort and show docents doing demonstrations. Those videos are: